Crowdsourcing by Any Other Name

One area of Social not always top of mind is Crowd Sourcing.

Defined ‘as a process that involves outsourcing tasks to a distributed group of people. This process can occur both online and offline, and the difference between Crowdsourcing and ordinary outsourcing is that a task or problem is outsourced to an undefined public rather than a specific body, such as paid employees’ (Wikipedia)


When we think Crowd Sourcing, the favourite examples pop up such as mystarbucksidea, Wikipedia and so on
The industry website crowdsourcing .org  gives access to literally hundreds of Crowd Sourcing initiatives. The different business models  tend to cluster around big buckets such as Crowd Labour, Creativity, Distributed Knowledge, Open Innovation,Tools and  Crowd Funding.

BizMedia's infographic on the right here,has it's own interpretation of crowdsourcing.

Of course leaving it to the 'Wisdom of the Crowds' was highlighted in James Surowiecki's book.

Here James talks about his book in an interview from 2007


But of course Crowdsourcing goes beyond Google, the markets etc, but actually is part of our daily lives without us realising it


Here are a few examples of what I mean 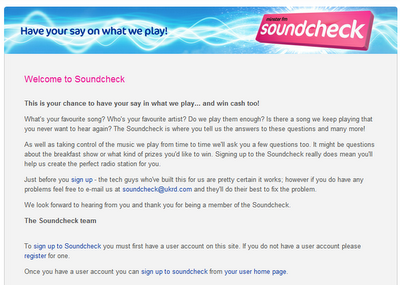 Chosen By You, is the name of ASDA's range of products where 200,000 UK customers taste and benchmark the products

Andy Clarke, Asda CEO, says that customers are an integral part of Asda’s business planning and the redevelopment of the range.
“In launching Chosen by You, we’re making a bold statement about Asda’s quality and we will drive as hard on quality as price.”
“We’re empowering our customers in a  way that no UK retailer ever has. From today  ‘our’ own brand becomes ‘your’ own brand,”  said Andy Clarke ASDA's CEO


Taxi Advertising.com allowed visitors to the site to choose the best on Taxi advertising, and allowed the voter to have their vote put out on Twitter 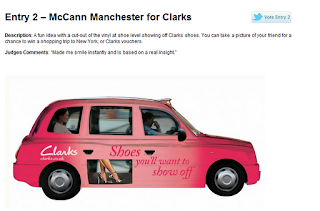 Launched on the 4th July ( 4/7) Channel 4seven is Channel 4's attempt at re-broadcasting its most popular shows based on actions ( viewing figures) and sentiment ( most talked about).

David Abraham, the chief executive of Channel 4, said that "With so much choice out there, viewers are increasingly saying they sometimes just miss the best stuff, despite their PVR and VOD. 4seven will give viewers more chances to catch the most popular and talked about Channel 4 shows from the last seven days."

He added: "It will schedule the main channel content that is creating noise – amongst social media, bloggers, commentators and of course via contact our viewers have directly with us – and incorporate this buzz into the look and feel of the channel."

The X Factor is a British television music competition to find new singing talent . Immensely popular it now has now variants across the world

There are five stages to the competition:

In terms of Crowdsourcing, it is during those live shows that the public gets to vote for their favourite performers. Still a popular show as highlighted in the massive viewing figures

Voting can be done via Text, App, Interactive TV, Phone, Online, Twitter. The number voting has hit 10 million ( Series 8) with actually many voters being influenced by Twitter and Facebook  - interesting piece from the Daily Telegraph